In 1973, Frith commenced work on a series of ceramic character mugs for Bendigo Pottery.

The relationship began when Bill Derham, the CEO of the Bendigo Pottery, attended Frith’s exhibition of ceramic sculpture at the Munster Arms Gallery in Melbourne. Continued below... 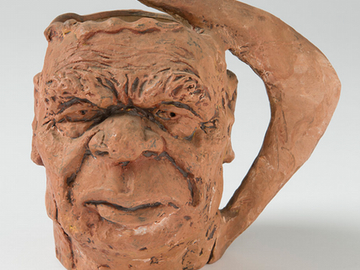 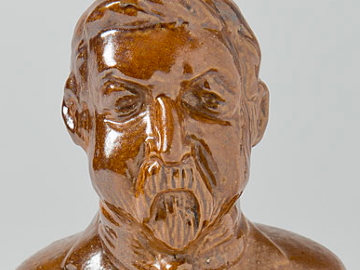 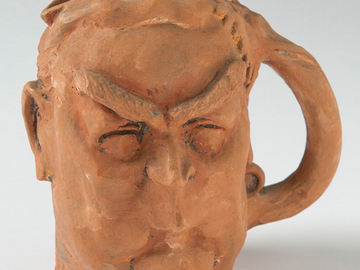 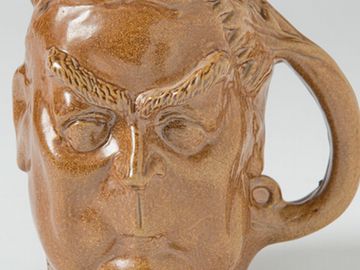 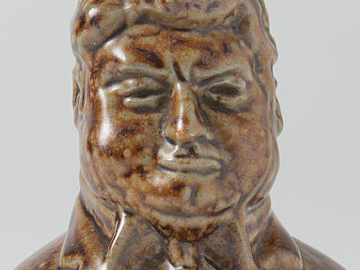 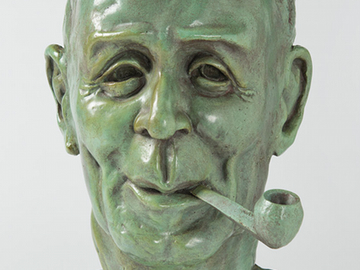 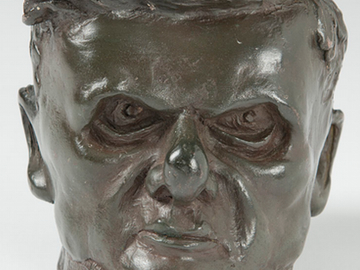 Impressed with the work, he met with Frith and proposed that he create character mugs in the style of the famous Toby jugs produced in England. The big difference would be that the characters depicted would all be Australian.

The original clay mugs created by Frith and signed on the base would be moulded prior to being slip cast. Derham persuaded his expert mould maker to come out of retirement to undertake this task. Bill asked Frith’s son Jeffrey to advise on how the mugs should be finished. Bendigo Pottery was noted for its salt glazed brown crockery which was fired in old wood fired barrel vaulted kilns. Thinking the mugs would look better with some colour glazes, Jeffrey submitted a ‘coloured’ version of Henry Lawson using a subdued and limited range of colours which could be fired in electric kilns at the pottery. Derham rejected this approach saying his piece-workers did not have the skill or the time to achieve such results.

Jeffrey Frith rendered the mugs in a terra cotta colour with a matt finish figuring that the sculptural qualities of the mugs would be enhanced by this treatment. This advice too was rejected and the mugs were finished much the same as the crockery items. Although the mugs were produced as a Limited Edition Series of 3000 by Frith the Bendigo Pottery stamp appears on the base of the mugs rather than Frith’s signature.

Frith went on to create additional works in clay for Bendigo Pottery, two wall plaques, (The Miner and The Diggers) and two figurines, Our Mate Bluey and The Swaggie. Frith personally presented The Swaggie to Governor-General Sir John Kerr.