“This bloke must have a jaundiced sort ’o mind,
If how he draws is how he sees mankind,
Perhaps his eyesight is a trifle squiffy—
or else — oh hang it all — it’s ’cos it’s Frithy.”

For more than sixty years John Frith entertained Australians with his powerful and insightful cartoons. Frith stripped back the layers of national and international events, exposing their complexities in a simple and humorous way. Frith was also a skilled caricaturist, and drew upon his large repertoire of characters to present a sharp and revealing interpretation of Australian politics and life. 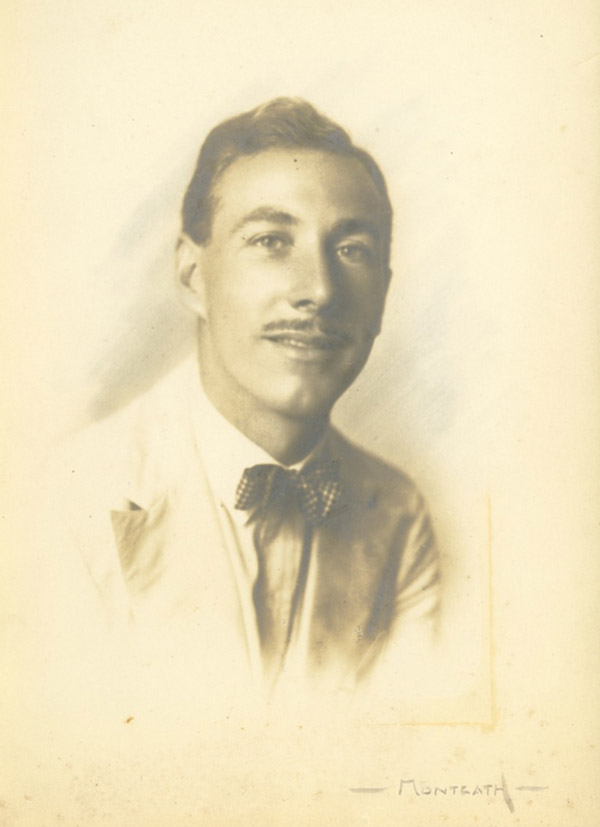 John Frith was born in London in 1906 and discovered his talent for caricature at boarding school. In exchange for extra rations of jam and bread he would sell drawings of schoolmasters to his peers—a practice which was frequently rewarded with the strap! It was not until 1929 that Frith was to receive monetary payment for his art work.

In that year he arrived in Sydney and was fortunate to obtain a job with The Bulletin despite the massive unemployment throughout the country during the Depression.

“Many cartoonists create images synonymous with their signatures… I created a bird, unidentified by the experts. Its birth happened the night a member of the The Herald staff complained that I had left too much white space in the cartoon. To satisfy this unartistic type I quickly pencilled a scraggy looking bird in flight… the bird remained and over the next twenty years became my hallmark.”

For the next 15 years Frith worked with the greats of the Australian cartooning fraternity, such as Norman Lindsay and Ted Scorfield. Having established his reputation, Frith went on to become the first daily cartoonist for the Sydney Morning Herald. He concluded his newspaper career with Melbourne’s Herald, retiring in 1969. Into his eighties and with failing eyesight, Frith continued to caricature many of the significant personalities of the 1970s and 1980s. John Frith died in Melbourne on 21 September 2000.

As well as being a cartoonist, John Frith was also a sculptor who worked a lot with ceramics and pottery. In 1973, Frith commenced work on a series of ceramic Toby jugs for Bendigo Pottery. 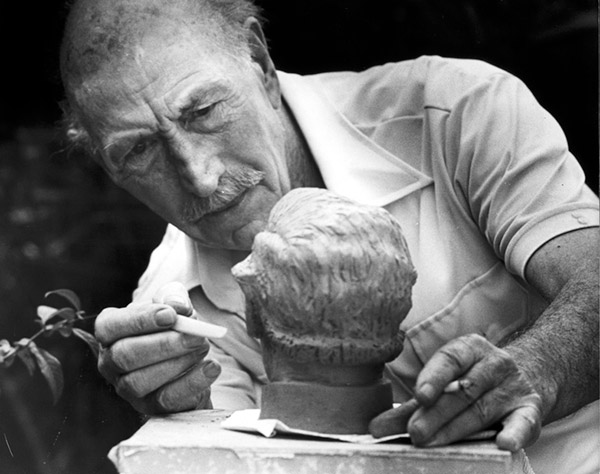 Frith also made other sculptures including heads and busts of prominent figures, such as H.V. Evatt and Ben Chifley.

During his lifetime, John Frith became one of Australia’s most recognised and popular cartoonists. He made regular appearances in the media, and even had his own television program for a time. His prominence and long career led to an interview with Frith conducted by the National Library of Australia as part of their oral history project in 1994.

Here you can listen to three clips of John Frith’s voice; two from his interview with the National Library in which he discusses Ben Chifley, and one appearance from a radio program in the late 1950s. You can also hear two clips of his son Jeffrey speaking about his father, in an oral history interview recorded for MOAD in 2013.

In this extract from an oral history interview with John Frith for the National Library of Australia in 1994, John Frith talks about his first meeting with Ben Chifley. The interviewer is Shirley McKechnie. View the transcript.

In this extract from an oral history interview with John Frith for the National Library of Australia in 1994, John Frith talks about being the last time he saw Chifley; he claimed to be the last person to see him alive. The interviewer is Shirley McKechnie. View the transcript.

Extract from an appearance on Melbourne’s radio 2UZ in 1956, as part of the ‘Fifty and Over’ program, which interviewed prominent Australians who were fifty years old or older. In this short clip, Frith is asked who his favourite subjects are, and explains why he liked to caricature them. View the transcript.

Jeffrey Frith’s relationship with his father

In this extract from an oral history interview with Jeffrey Frith for the Museum of Australian Democracy in 2013, Jeffrey discusses his father’s character and his relationship with his family. The interviewer is Campbell Rhodes. View the transcript.

In this extract from an oral history interview with Jeffrey Frith for the Museum of Australian Democracy in 2013, Jeffrey discusses his father’s generosity of spirit. The interviewer is Campbell Rhodes. View the transcript.