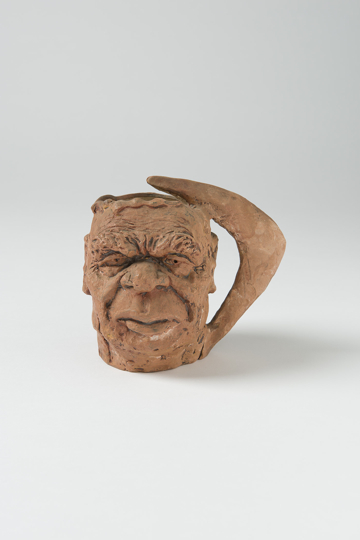 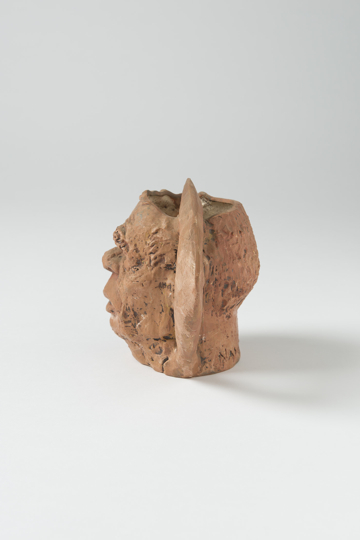 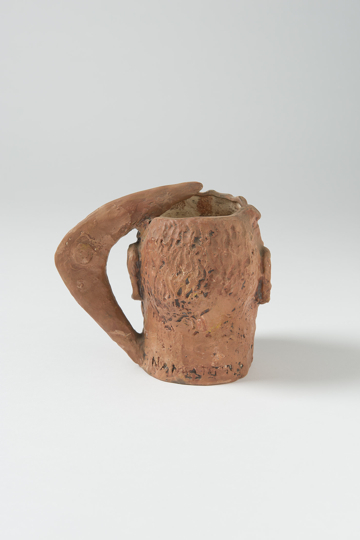 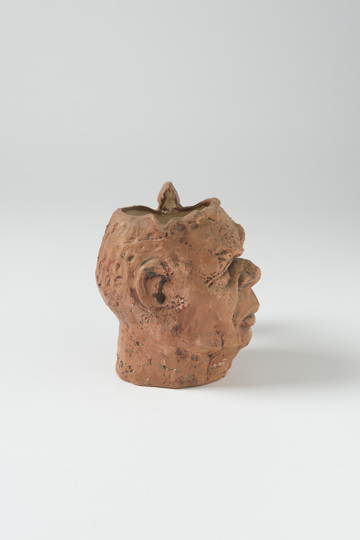 The handle of this mug is shaped as a boomerang, an icon of indigenous Australians; ironically, Namatjira’s people did not traditionally make or use boomerangs.