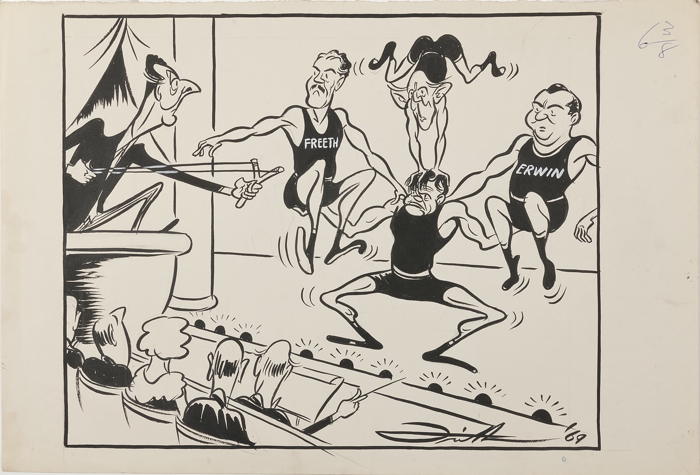 In early 1969, External Affairs Minister Paul Hasluck was knighted and appointed as the next Governor-General.

Frith suggested the new ministry was a delicate balancing act, with Gorton juggling his new ministers and the ambitious Treasurer, William McMahon, as Gough Whitlam, Leader of the Opposition, threatened to bring the whole act crashing down.

This cartoon was published on the day Parliament resumed with the new ministers yet untested.