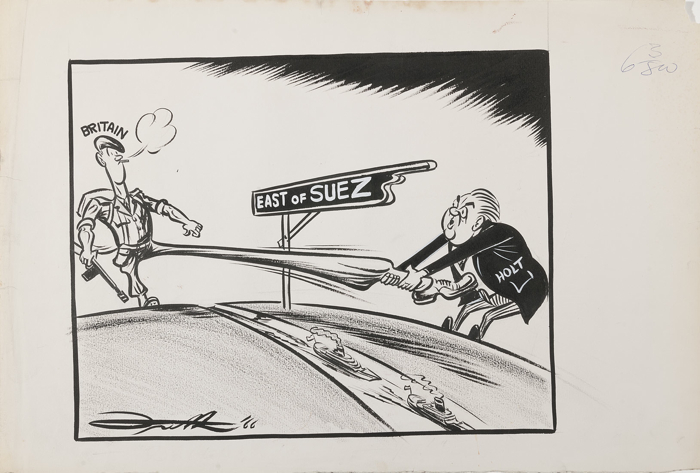 The Labour government in the UK had published a Defence White Paper which recommended a drastic change in defence policy. Prior to this, British policy had been based on the east of Suez concept—focusing on British interests in Asia, such as Singapore, Malaysia and the Middle East, east of the Suez Canal in Egypt.
The change to a policy of withdrawing from these areas affected Australian defence policy, and Harold Holt, Australia’s new Prime Minister, was less than enthusiastic about the plan. From 1971, the British defence forces withdrew from most of their bases in South East Asia and the Middle East.