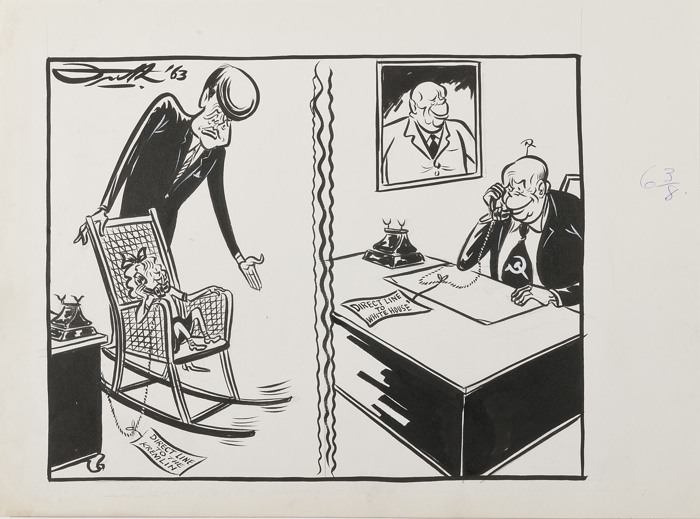 It was nice talking to you Mr. Khrush. Just a moment, daddy wants to say something.

The Herald supposed that a direct line between the White House and the Kremlin was needed to defuse tensions between the United States and the Soviet Union. Frith imagines what might happen if a line was installed.

Several months later, a direct line was established by teletype machine; contrary to popular culture, there was never a red phone.