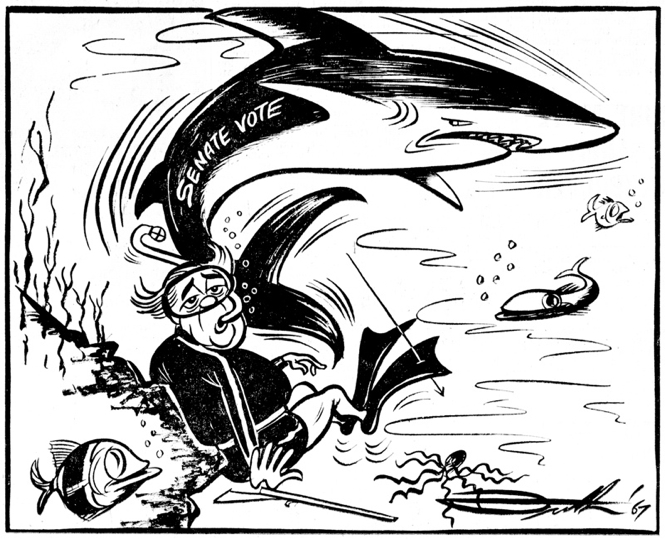 A Bit of a Nudge

Following the 1966 election Prime Minister Harold Holt found himself faced with a hostile Senate. Holt’s term of office as Prime Minister was shortlived: a keen spear fisherman, he disappeared on 17 December 1967, while swimming at a favourite spot off the coast at Portsea, Victoria.

Holt’s body was never recovered. Unknown to Frith at the time, this was to be one of the last cartoons in which Holt would feature before his tragic death. The cartoon thus has a certain eerie prescience.