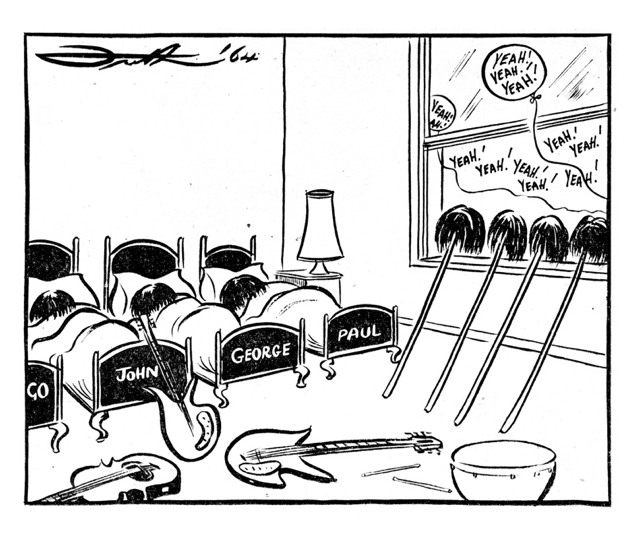 The ‘Beatle mania’ which took the world by storm in the 1960s also swept Australia. The popularisation of irreverent rhythm and blues heralded the beginnings of radical social change. While thousands of Australians flocked to see Queen Elizabeth II during her 1963 visit, in 1964, many thousands more turned out for the four Liverpudlians. Teenagers were passing out in the streets as they caught a glimpse of The Beatles.

Frith captured the Beatles at the beginning of their ascent and has wittily made use of four mops to illustrate the four-some who were known, inter-alia, as the four mop tops.