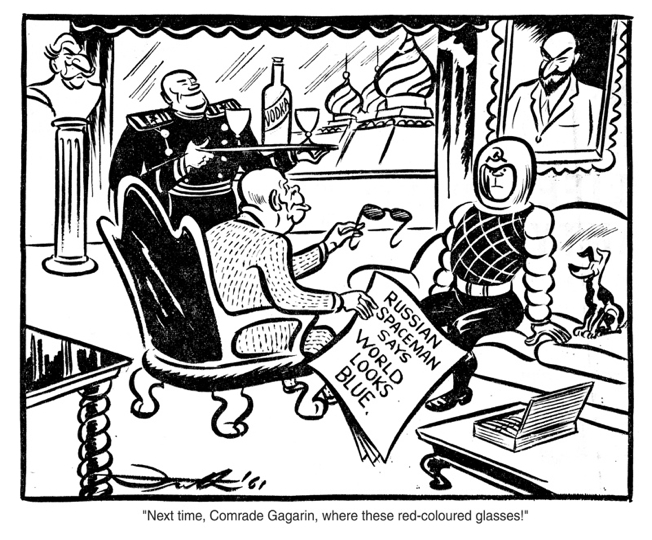 A race to conquer space emerged from the Cold War struggle between the U.S.S.R and the U.S.A.

Dominance of space was seen to be the ultimate expression of military superiority. Both super powers were anxious to achieve this goal. The U.S.S.R. was first out of the blocks, launching the small satellite Sputnik in 1957.

In response, the U.S.A. established the National Aeronautics and Space Administration (NASA) in 1958. Throughout the 1960s both super powers jostled to lead the space race. In 1961 Soviet Cosmonaut Yuri Gagarin was the first man in space.

In this cartoon Frith suggests that, for Khrushchev, the significance of this event lay not in individual achievement but in its expression of the power of Communism.