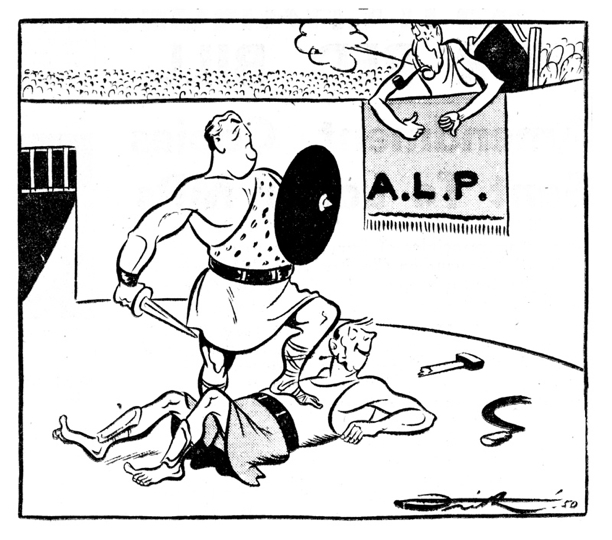 Prime Minister Robert Menzies introduced a bill in 1950 to ban the Communist Party of Australia. Following a successful challenge to the Bill in the High Court, a referendum was held to decide whether the Constitution should be amended to outlaw the Communist Party.

The ensuing campaign was an intense battle between anti-communist forces and those who argued that the amendment would infringe upon civil liberties. Menzies lost the fight when the referendum was defeated by a narrow margin.

John Frith didn’t express a position on the Bill itself, though he had long been opposed to the influence of communism within the trade union movement. Here was an issue in which Frith’s character of the obstructive Communist could take centre stage.

In this cartoon he depicts Menzies vanquishing the scourge of Communism, with Ben Chifley indecisive about whether this was a good or bad thing.