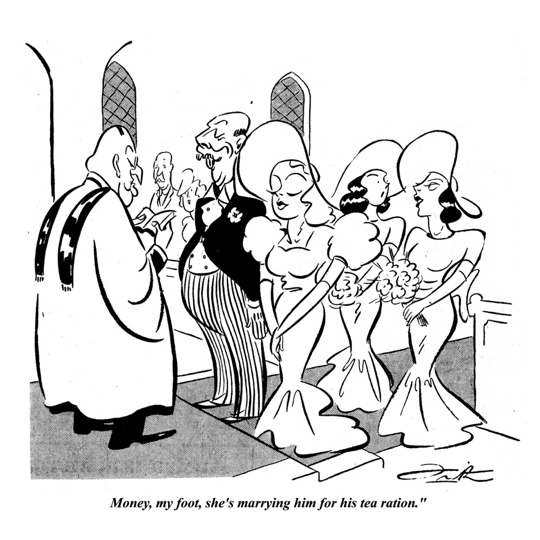 In February 1942, as the Japanese captured Singapore and bombed Darwin, John Curtin’s Cabinet ordered the complete mobilisation of the Australian people to assist with the war effort. Along with many others John Frith enlisted in the Volunteer Defence Force. It was a short period of service, however, as Frith was soon advised by his Sergeant-Major that he would best serve the war effort by returning to his drawing board!

In doing what he did best, Frith captured the lighter side of Australian efforts on the home front for his readers.