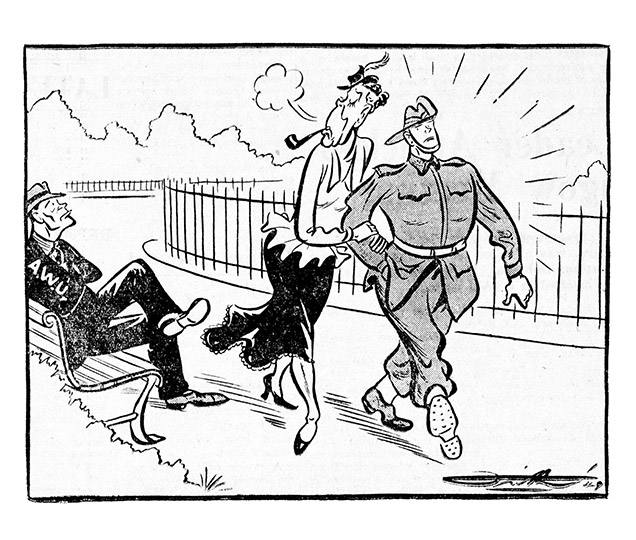 Falling for the uniform

In the months prior to the 1949 election the Chifley Labor Government was faced with major industrial unrest. In June, coalminers across the nation went on strike in an effort to secure higher wages. Australians soon felt the pinch of gas and electricity restrictions. Chifley’s Government responded: by the end of the month Parliament passed the National Emergency (Coal Strike) Act, which froze union funds and forbade support for strikers. Although the Act led to the imprisonment of several miners, the strike dragged on. By August, Chifley called in the Army and troops began operating open-cut mines. The strike collapsed shortly afterwards. This cartoon shows Chifley choosing to keep company with the Army rather than the Australian Workers Union.