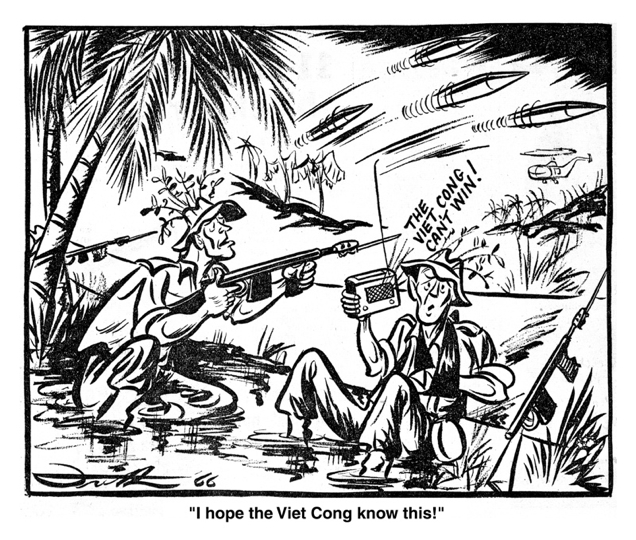 The first Australian troops arrived in South Vietnam in July 1962. Some 50,000 Australians served in Vietnam, including conscripts called up under the National Service scheme introduced by Sir Robert Menzies in 1964. Despite military successes, notably at Long Tan, by late 1970 Australia had begun to withdraw from Vietnam.

Frith’s cartoons on the Vietnam War clearly reflect his sympathy for the Australian troops. In this cartoon he commented that in the face of mounting opposition to Australian involvement in Vietnam, troops were placed in a no-win situation.