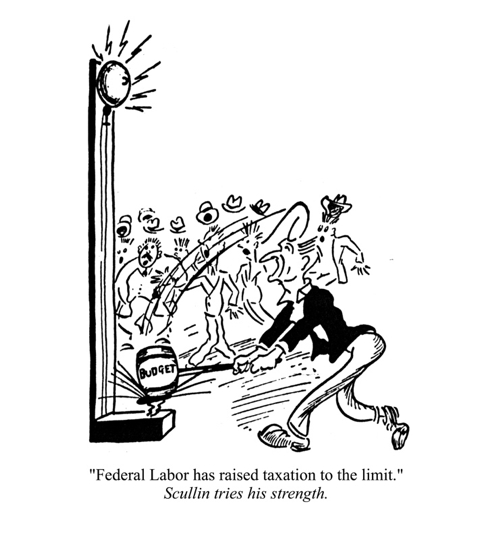 The Labor Party, under James Scullin, was elected to Government on 12 October 1929 on a platform of increased Government spending. However, after the massive Wall Street stock market crash of 29 October 1929, world prices fell dramatically and the Great Depression began. Australia’s political leaders struggled to relieve the hopeless situation of workers, farmers and families and it was not until 1934 that the Australian economy began to recover and export prices steadily increased.

Although respected on all sides of politics for his efforts to combat the Depression, Scullin lost the 1931 election in a landslide which saw United Australia Party Leader Joseph Lyons take office. In this cartoon, Frith depicts Prime Minister James Scullin trying in vain to balance the Federal budget.