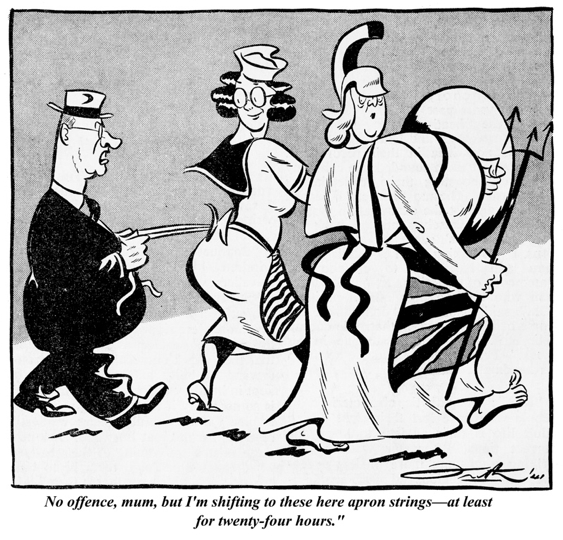 When Labor Leader John Curtin took over the Prime Ministership in 1941 he brought stability to government after a period of turmoil. Recognising the serious threat Japan posed to Australia’s security, Curtin cabled Winston Churchill advising him that Australia’s troops would be returned from the Middle East for the defence of Australia.

With Britain unable to provide military assistance to Australia, Curtin turned to the United States of America for support: ‘free of any pangs as to our traditional links of kinship with the United Kingdom’. This cartoon captures Curtin’s decision.